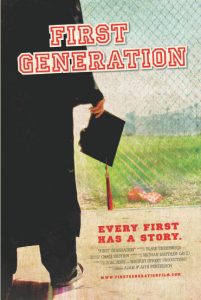 CCST’s June Council meeting featured a special presentation, a private screening of the award-winning feature-length documentary “First Generation,” narrated by Golden Globe nominee Blair Underwood. The film tells the story of four California high school students – an inner city athlete, a small-town waitress, a Samoan warrior dancer, and the daughter of migrant field workers, who set out to break the cycle of poverty and bring hope to their families and communities by pursuing a college education.

“The importance of higher education to California’s economic ecosystem is critical,” said CCST Executive Director Susan Hackwood. “While the state is facing difficult budget decisions, it is essential to maintain perspective on the long-term value that college opportunities offer to prospective students statewide.”

Funding cuts for California’s higher education systems have been significant over the past several years. According to the Stanford Institute for Economic Policy Research, support per student for the University of California and California State University systems declined 28 percent in real terms between fiscal years 2007-08 and 2011-12. Even before the financial crisis, the UC system’s per-student state funding was declining, decreasing 40 percent in real terms from 1990-91 to 2007-08. The state’s Cal Grant program, which provides funding for private university education to students from families making less than $50,000 a year, narrowly avoided a $300 million cut this year following protests in Sacramento.

“The state’s financial challenges are real and significant,” said Hackwood. “However, California is a state built on opportunity. This documentary provides a valuable reminder of that fact.”

Shot over the course of three years and featuring top educational experts, this documentary explores the problem of college access faced by first generation and low-income students and how their success has major implications for the future of our nation.

The Council meeting took place June 11 and 12 in Sacramento.