A Voice for the Future: The First Two Decades of the California Council on Science and Technology 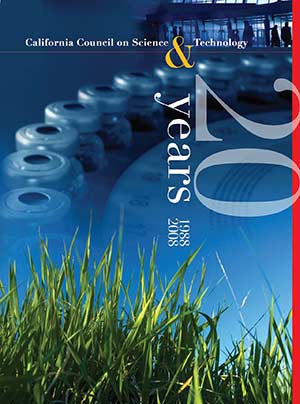 The twenty-year history of CCST’s evolution and accomplishments has been outlined in a new report, “A Voice for the Future: The First Two Decades of the California Council on Science and Technology”.

The report documents how the first Council meeting, held in 1989, drew considerable attention, with the San Jose Mercury News describing CCST as “a high-powered effort to preserve and expand the state’s economic base by combining the resources of academia and industry.” In the years since, CCST has risen to the challenge of its original vision, issuing important reports on transportation, energy research, science and mathematics education, nanotechnology, economic development, and many other topics. Today, CCST has become the premier state-level science and technology advisory organization and is a model looked to by other states nationwide. 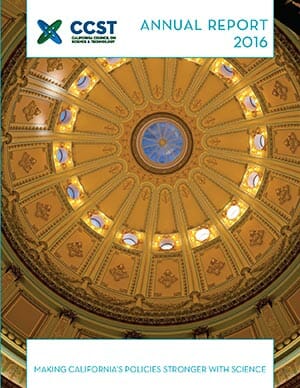 These are exciting and challenging times for California. The Golden State is a high-tech trailblazer in both innovation and policy.
Read More 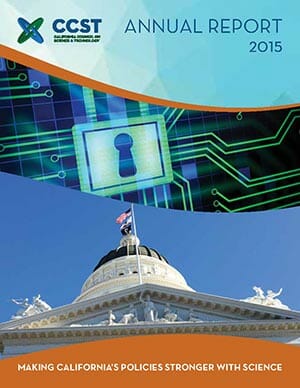 CCST's role is to be a resource for complex policy issues in regards to science and technology in California. This is an overview of our activities from October 2014 through December 2015.
Read More