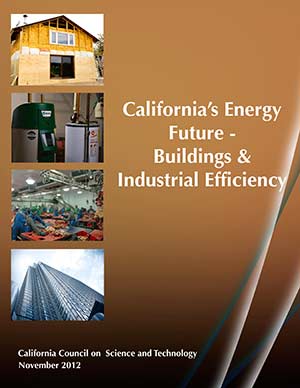 This is the sixth publication produced as part of CCST’s California’s Energy Future (CEF) project, a study designed to help inform the decisions California state and local governments must make in order to achieve California’s ambitious goals of significantly reducing total greenhouse gas emissions over the next four decades.

California’s Global Warming Solutions Act of 2006 (AB32) and Executive Order S-3-05 set strict standards for the state to meet. In order to comply, California needs to reduce its greenhouse gas emissions to 80% below 1990 levels by 2050 while accommodating projected growth in its economy and population. This will likely require maximizing efficiency in all economic sectors, electrification of much of the transportation sector and many stationary uses of heat, a doubling of electricity production with nearly zero emissions, and development of low-carbon fuels. Achieving these goals will require a combination of strategies; some are available now, while others will require substantial research and development to realize.

This report summarizes some of the work of the CEF committee to quantify the potential for reductions in energy demand through increased energy efficiency throughout the California economy between the present day and 2050. This work took place between April 2009 and January 2011, while improvements to the efficiency analysis itself continued through April 2012. The report developed and explored California’s possible efficiency and electrification pathways through 2050 in California in the buildings and industrial sectors.