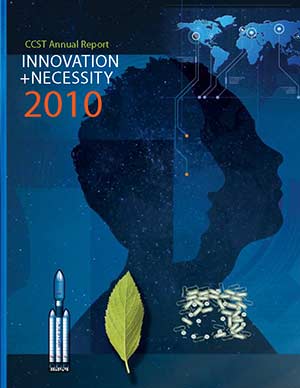 The economic crisis facing California is no longer an alarming surprise, but rather a discouraging reality. Despite two years of steep cuts, the state is facing yet another significant budget deficit – an estimated $19 billion as of press time – and there are no easy decisions left to make. Even if the state’s overall economy turns around in the next few years, as many economists predict, the legacy of these years of fiscal shortfall will have a tangible, potentially irreversible impact for years to come.

CCST’s research over the years has emphasized the criticality of a long-term view and sustained commitment to the effective management of the infrastructure – the people, institutions, public policy, and physical assets – that supports California’s science and technology (S&T) enterprise. CCST has also been concerned for some time about the steady erosion of the science, technology and education infrastructure that has made this state great; that erosion has accelerated with the economic crisis. The state’s economic recovery is unlikely to be sustained without a reversal of that trend.