[February 2017 Update: Ericson is now an Associate at California Environmental and Energy Consulting, in Sacramento.]

There were many moments in my year as a CCST Science & Technology Policy Fellow that I could’ve never imagined as a lab bench scientist. One was on an August evening in Seattle, when I found myself at a table talking with an Oklahoma legislator, an education policy wonk from Boston, two Texans, and some legislative staffers from Alaska.

It was an amazing conversation. We talked about everything from universal pre-kindergarten to the merits of the top-two primary system. It was just one of many memorable moments I had at the 2015 Legislative Summit of the National Conference on State Legislatures (NCSL).

A year ago, I didn’t even know that NCSL existed. The focus of the organization is to provide states “support, ideas, connections and a strong voice on Capitol Hill.” The conference had sessions on topics that ranged from evidence-based policy design to mental health issues in the criminal justice system. Being in the California State Legislature, I was constantly exposed to so many new perspectives: each time I helped out with legislation or an issue area, I benefited from people who have become experts in their field through hard work. My experience at the NCSL Summit was like that too, but condensed down to one week.

CCST provides its Science & Technology Policy Fellows with funding to attend professional development events, and I’m glad I used that opportunity to attend the NCSL Summit. I went because while the Fellowship had given me a perspective on our state legislature, I wanted to get a national view beyond California.

I came back to California with new ideas and connections. As a result of one session I attended on environmental justice, I’m now in contact with a network of research centers that focus on environmental health issues — an area I have a long-term interest in pursuing. And there were even a few times people tried to recruit me to their legislative staff!

Also, while the conference was really about policy and people, research data was being presented everywhere: data on career education, criminal justice, and other policies. It was a playground for someone like me who approaches the world with an analytical mindset. Ultimately, data is just part of the equation when it comes to policy, but it’s good to get that part right.

I think that’s why there was interest and curiosity from legislative staffers from other states in someone with a science background as well as policy awareness. To be effective as a scientist in the legislative world, you do need training and mentorship to understand the process and the culture of government. So I’m grateful for all the weekly seminars and networking opportunities that the CCST Policy Fellowship has given me — ways to shape my own career experience as I transitioned from being a scientist to my new role in California’s state government. 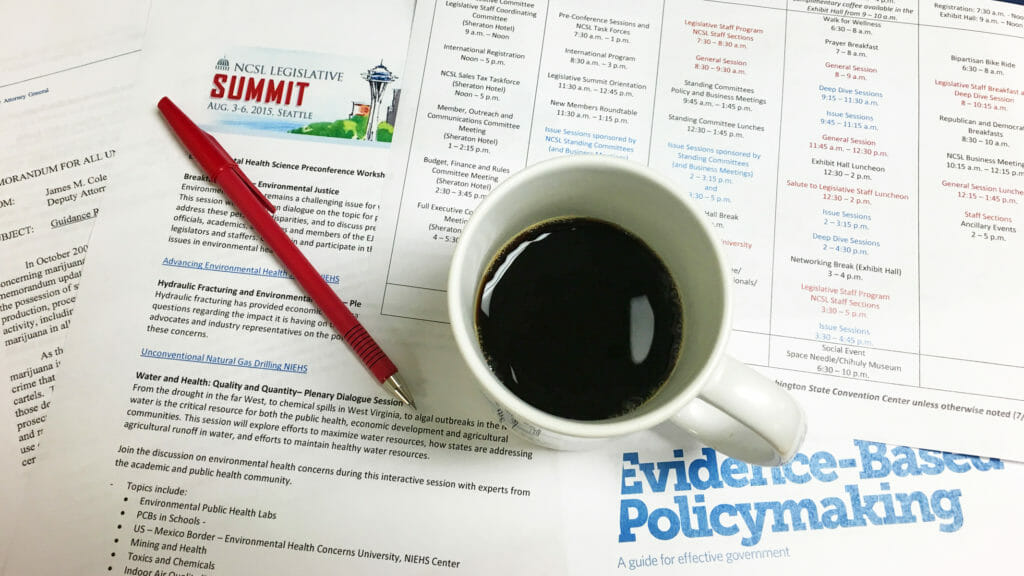