“For the many of us who knew Bob, we will remember him as a great mind – acute, passionate and imaginative,” said CCST Executive Director Susan Hackwood.

Spinrad was a pioneer in computer science, building his first computer in 1953 out of discarded telephone switching equipment. Playing with his creation sparked a life-long fascination with information technology and its effects on our lives. Spinrad worked as a Senior Scientist at Brookhaven National Laboratory before joining Xerox in 1968, where, over the years, he held various engineering, programming and research management positions. He last served as Vice President, Technology Strategy.

Although more than fully occupied at Xerox, he contributed in many ways to the crucial early strategic planning of CCST, serving as one of the first members of the Council. He later joined the CCST Board of Directors, where he served until he retired in 2008. He was also a CCST Senior Fellow.

A member of the National Academy of Engineering and a Fellow of the American Academy of Arts and Sciences, he also served on the Board of Governors of the Pardee RAND Graduate School of Policy Analysis and the National Research Council’s Policy and Global Affairs Division Committee and its Committee on the Assessment of Research-Doctorate Programs, as well as in a wide range of advisory roles for institutions ranging from NASA to the Defense Department’s Advanced Research Projects Agency (DARPA).

“It was always a pleasure to be in Bob’s company,” said Hackwood. “He never failed to apply his ability to reason through complex issues as well as think outside of the box. CCST has benefitted greatly from his contributions, and he will be missed.”

The Keyword? Adaptability. Making the Career Transition from Science to Policy. 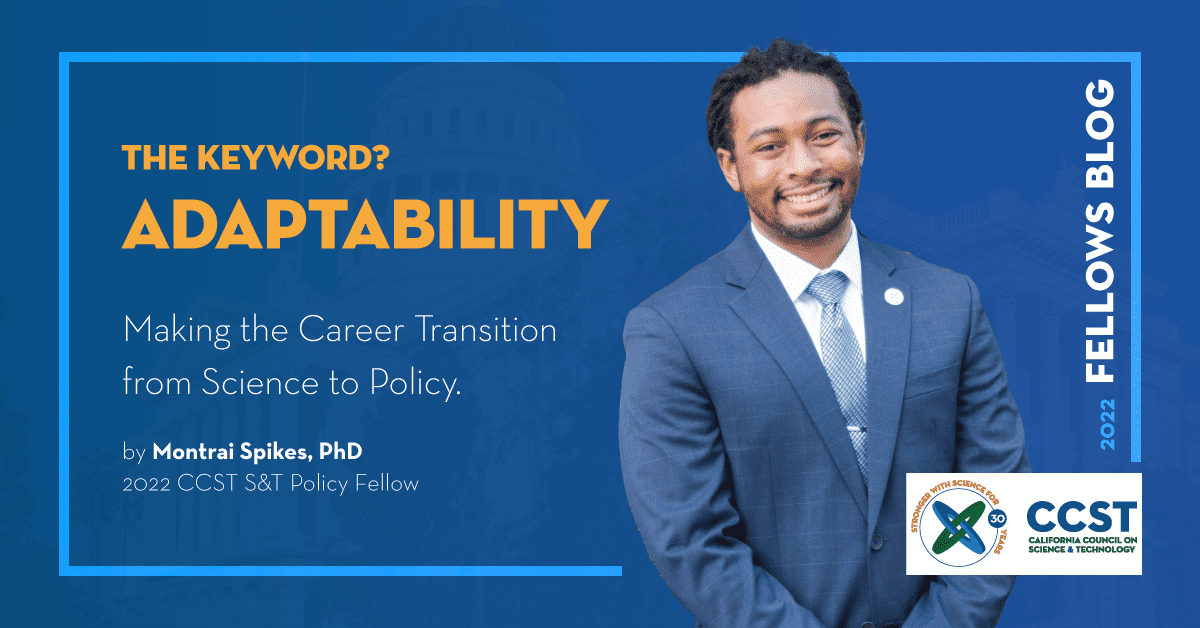