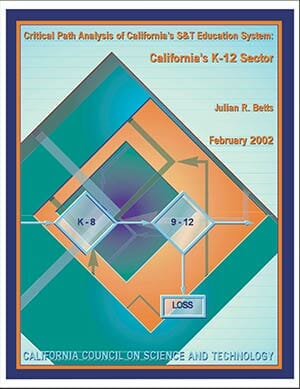 This report, the second in a series of six prepared as part of the Critical Path Analysis project, analyzes the K-12 sector. It begins with a comparison of California’s schools with those in the rest of the nation, and examines evidence on the extent to which California could improve student achievement by spending more on its schools. The paper also documents resource inequalities among schools. It concludes that problems in California’s schools appear to represent an important bottleneck in the state’s efforts to increase the number of young people who graduate from college, and includes a discussion of policies that might be considered to alleviate the bottleneck.