Responding to a request from the Division of Oil, Gas, and Geothermal Resources, now the California Geologic Energy Management Division (CalGEM), under the California Department of Conservation, the California Council on Science and Technology (CCST) conducted a study entitled “Orphan Wells in California: An Initial Assessment of the State’s Potential Liabilities to Plug and Decommission Orphan Oil and Gas Wells.” Orphan wells are wells that have no known responsible operator or no financially viable operator capable of plugging the well and decommissioning the well’s production facilities. An active or idle well can potentially become an orphan well when deserted by a financially insolvent operator. Responsibilities for plugging and decommissioning these wells may ultimately fall to the State. As the United States’ fourth largest producer of crude oil and fifteenth of natural gas, with approximately 107,000 active and idle wells in the state, the issue of ensuring that resources exist to properly plug and decommission every well is significant for California. 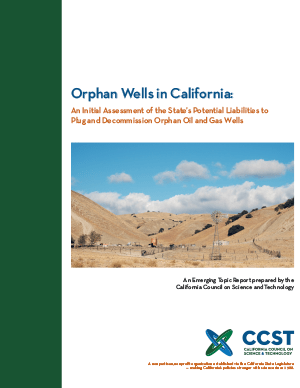 SACRAMENTO, CA—Responding to a request from the Division of Oil, Gas, and Geothermal Resources, now ...
Read More 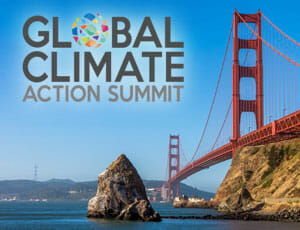 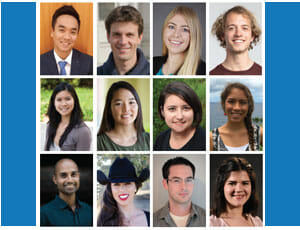 The California Council on Science and Technology (CCST) is bringing 12 talented graduate students and ...
Read More