Makerspaces are places where people can design and invent among a community of other makers. They are communal facilities which offer opportunities for collaboration with a supportive, interdisciplinary community that connects students, businesses, and community members, along with a range of fabrication equipment which allows participants to design and produce prototypes on a small scale. The makerspace movement began around 2005 and has been rapidly growing ever since. 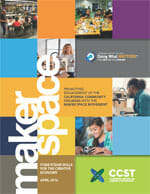 Many educational institutions, including several California Community Colleges, have established makerspaces, which offers complementary learning environments to the traditional classroom and helps participants develop skills that differ from those developed in traditional student projects and learn-by-doing classes. There is great variation in the capabilities and foci of makerspaces, ranging from traditional crafts such as woodworking to the use of digital technologies such as 3D printers and laser cutters.

“We recognize the importance of creative economy skills to California and see our community colleges playing an important role under Doing What MATTERS for Jobs and the Economy,” said Van Ton-Quinlivan, Vice Chancellor of Workforce & Economic Development for the California Community Colleges Chancellor’s Office (CCCCO). Doing What MATTERS (DWM) is a framework of the CCCCO which focuses on supplying in-demand skills for employers, creating relevant career pathways and stackable credentials, promoting student success and getting Californians into open jobs. Makerspaces address many of the goals of the DWM framework, which led to the CCCCO’s interest in growing a statewide network of makerspaces linked to the Community Colleges.

The advantages to having a coordinated network of makerspaces include the ability to pool resources, such as staff time to write funding proposals, pool buying power, and share wisdom on how to establish and run a makerspace. Network collaboration will also help campuses build on existing workforce and internship structures to develop makerspace-facilitated work-based learning (WBL)/internship programs with local businesses and industry. The envisioned makerspace network would encompass member institutions and a lead institution to run an advisory panel and evaluation component.

There is an inherent challenge in integrating makerspaces into traditional academic institutions, however. Traditional academic environments rely on measureable outcomes, which are not the focus of the open-ended makerspace culture. However, as the CCST report points out, the specific learning objectives of each makerspace can be aligned with the California Community College Career Technical Education LaunchBoard Common Metrics and to the needs of the regional economy.

In addition to an overview of the makerspace movement and various ways in which institutions have developed their own versions of the makerspace, the CCST report includes a “playbook” for growing a statewide network, including key network characteristics, goals and structure of the network, the range of models which can be represented in the network, a timeline, and checklist for building the network. The playbook provides a guide for a CCCCO grant program sufficient to establish an initial network of 10 makerspaces and support them for 3 years.

The CCCCO is moving forward with the recommended program.

“We are so pleased with the findings of CCST that we are doubling our intended investment,” said Ton-Quinlivan. “The CCCCO is investing $17M to connect community colleges into the Maker movement.”

More information on the Request for Applications (RFA) for the program can be found at the Doing What Matters website.

M. Daniel DeCillis, PhD is the Spotlight editor and a Senior Research Associate at the California Council on Science and Technology. 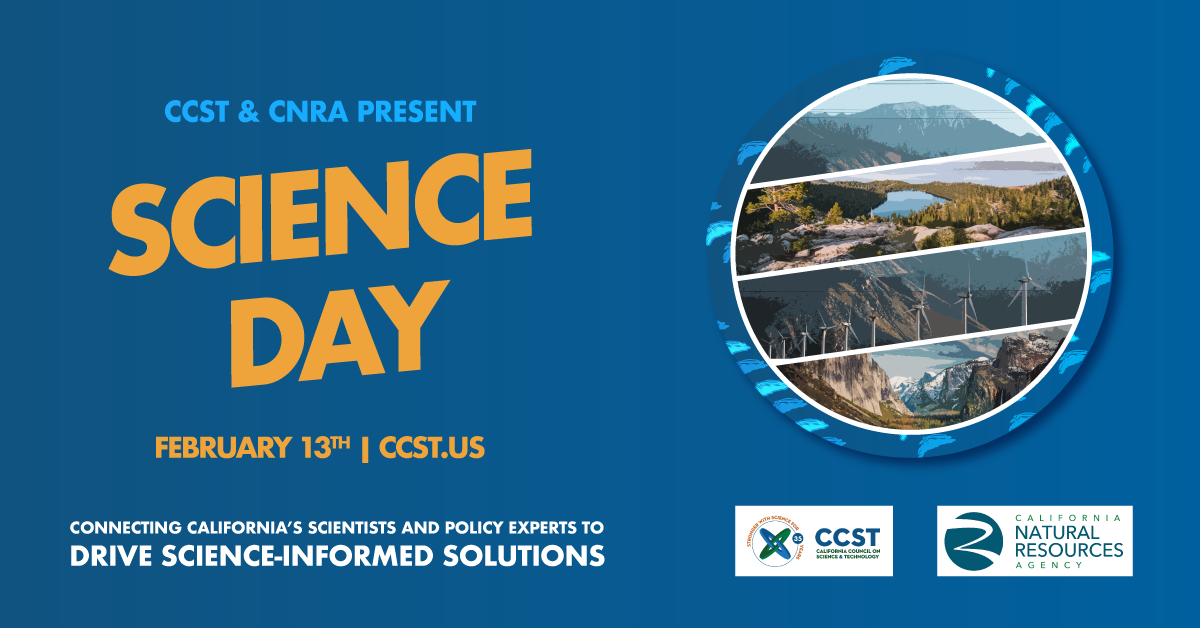 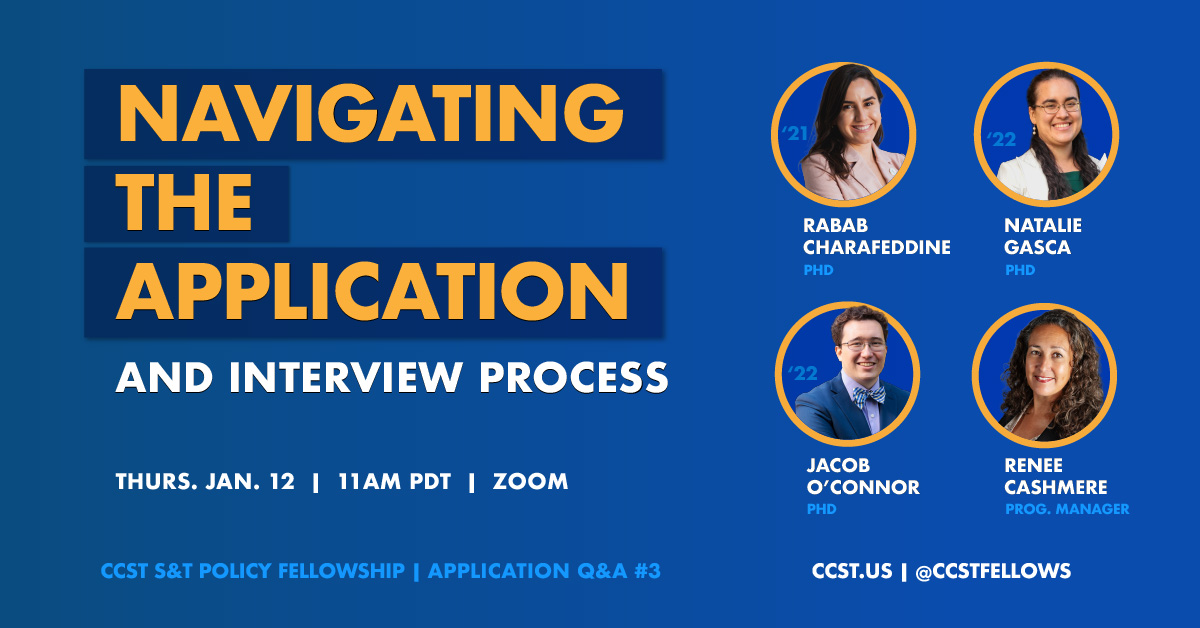 Plugging In: Finding My Space in California Energy and Utilities Policy 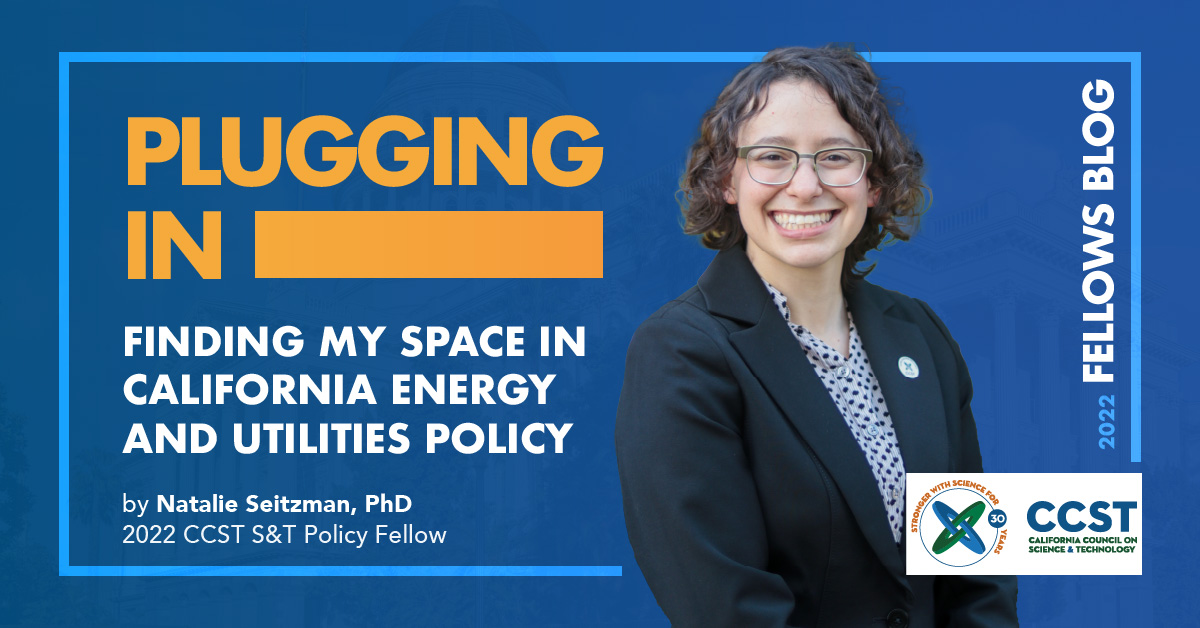