Finalist CCC Maker colleges have written development plans to either create or enhance their campus makerspaces, and have been awarded funds to begin acting on their plans. Now is a good opportunity to present information from leading researchers and practitioners in educative makerspaces in California about how they use their makerspaces to teach and guide students.

The goals of the symposium were:

After the symposium, CCST will provide a proceedings summary report that will cover highlights of the presentations and group discussions.

Digital Fabrication and 'Making' in Education: The Democratization of Invention - Paulo Blikstein

The Promise of the Maker Movement for Education - Lee Martin

Making Through the Lens of Culture and Power: Toward Transformative Visions for Educational Equity - Shirin Vossoughi, Paula K. Hooper, and Meg Escude

Making and Tinkering: A Review of the Literature - Shirin Vossoughi and Bronwyn Bevan 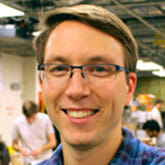 Björn is an Associate Professor of Electrical Engineering and Computer Science at the University of California, Berkeley. His research in Human-Computer Interaction focuses on novel design, prototyping, and implementation tools for the era of post-personal computing. His group investigates how better software and hardware can facilitate the exploration of interactive devices that leverage novel form factors and technologies (e.g., sensors and actuators). They also investigate how software can help students, designers, and makers to learn and share their expertise online. Björn is the Faculty Director of the Jacobs Institute for Design Innovation, a new undergraduate teaching institute focused on hands-on, human-centered design. Previously, he co-founded the CITRIS Invention Lab, a lab equipped with many digital fabrication and rapid prototyping tools. The lab serves as inspiration and testbed for many our research projects. He is also involved in the Berkeley Institute of Design and the Swarm Lab. Björn spent time with great colleagues at the Berkeley Center for New Media, and the Visual Computing Lab. He received his PhD from the Stanford Computer Science department and received an MSE in Computer and Information Science as well as Undergraduate Degrees in Digital Media Design and Communication from the University of Pennsylvania in 2002. 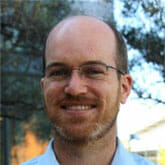 Lee Martin is an associate professor in the School of Education at the University of California, Davis. His research looks across in-school and out-of-school settings to investigate the varied ways that people assemble social, material, and intellectual resources to help them to meet their goals. He studies participation in making and the maker movement as activities that may help youth become more flexible and adaptive in their thinking and problem solving. In addition, he examines processes of identity development and sense of connection to STEM fields. His research group, Beta Lab, has recently built a mobile maker studio to facilitate their work in schools and community centers. They also work to create new thinking tools to foster noticing, reflection, ideation, and collaboration.

A lifelong tinkerer and maker, Zack joined the Folsom Lake College faculty in 2001 as the college's Instructional Design and Development Coordinator. In that role, he runs the college's Innovation Center, providing training, resources and energy to support the development of innovative approaches to teaching and learning, and helping to cultivate a culture of making at the college. Through the Innovation Center's Making Across the Curriculum efforts, faculty from a variety of disciplines have integrated the ethos, tools, and techniques of making into their practice, leading to the development of unique curriculum, class activities, and interdisciplinary projects. 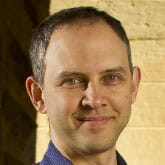 Paulo Blikstein is an assistant professor at the Stanford University Graduate School of Education where he directs the Transformative Learning Technologies Lab and the global FabLearn Program. Blikstein's research focuses on how new technologies can deeply transform the learning of science, technology, engineering, and mathematics. He creates and researches cutting-edge educational technologies, such as computer modeling, robotics, digital fabrication, and rapid prototyping, creating hands-on learning environments in which children learn STEM disciplines by building sophisticated projects and devices. He also focuses on the application of data-mining and machine learning for the assessment of hands-on, project-based learning. In 2010, Blikstein was a pioneer in bringing the maker movement to schools, and started the first educational program around digital fabrication in schools, FabLearn Labs (formerly [email protected]). His group has built some of the first educational digital fabrication labs in the world and has conducted research in middle and high-schools in the US, Russia, Mexico, Spain, Australia, Finland, Brazil, Denmark, and Thailand. Blikstein was awarded the National Science Foundation Early Career award in 2011 and the AERA Jan Hawkins Early Career Award in 2016.

Marlo Kohn (BS '05 Product Design; MS '07 Mechanical Engineering) is the Associate Director of the Stanford Product Realization Lab and a Lecturer in Mechanical Engineering. Kohn is the creator and founding manager of the PRL's satellite prototyping lab known as Room 36. Kohn has developed and taught new PRL courses including Making Is Thinking Introductory Seminar, Flexible Part Design, and Making Multiples: Injection Molding. Before joining the PRL, Kohn was a Production Manager and R&D Engineer at Vibrynt and served internships at Barosense, Apple, and Atlas Snowshoe. Kohn was an invited speaker at the First International Symposium on Academic Makerspaces held at MIT in November 2016, and is the co-author of the academic paper "Coaches and Their Impact: One Model for Empowering Teaching Assistants in an Academic Makerspace," which was also presented at the ISAM conference. 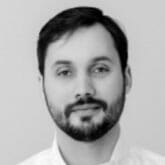 Ghigo DiTommaso was trained as an architect in Florence, where he picked up the tools of the trade while engaging directly with the city's heritage and feeding a strong interest in urban history and theory. Professional degree and licensure in hand, he moved to Barcelona to become part of its thriving design community. There he joined the debate on the on-going transformation of the city and committed himself to the creation of beautiful public architecture. For several years he conducted urban design research at the Escuela Tècnica Superior de Arquitectura de Barcelona (EtsaB), while also working with prominent Catalan architects on numerous award-winning projects from conception to construction completion. In 2009 he entered the EtsaB doctoral program in architectural design, in 2010-2011 he was visiting scholar at the UC Berkeley College of Environmental Design, and in 2011-2012 adjunct faculty at the Universitat Ramon LLull. In late 2012, he relocated to the Bay Area to become a member of Rebar Art & design Studio. Since 2014, he is devoting his passion for design and his skills to Gehl Studio, while collaborating with the UC Berkeley College of Environmental Design, where he teaches, conducts research, and leads the Design & Innovation for Sustainable Cities summer institute.