SACRAMENTO, Calif.—The California Council on Science and Technology (CCST) is proud to announce the recipients of the 2022 CCST Leadership Awards for Science in Public Service.

The CCST Science in Public Service Award is given to public servants who have clear track records of championing science and technology issues, and who value efforts to connect science to policy. This year’s awardees — California Natural Resources Secretary Wade Crowfoot and California State Senator Lena Gonzalez — are being recognized for their career leadership on implementing science-informed solutions in California.

The awardees are being recognized today by members of CCST’s Board of Directors and other leaders from CCST’s Partner Institutions, as part of CCST Science & Technology Week. 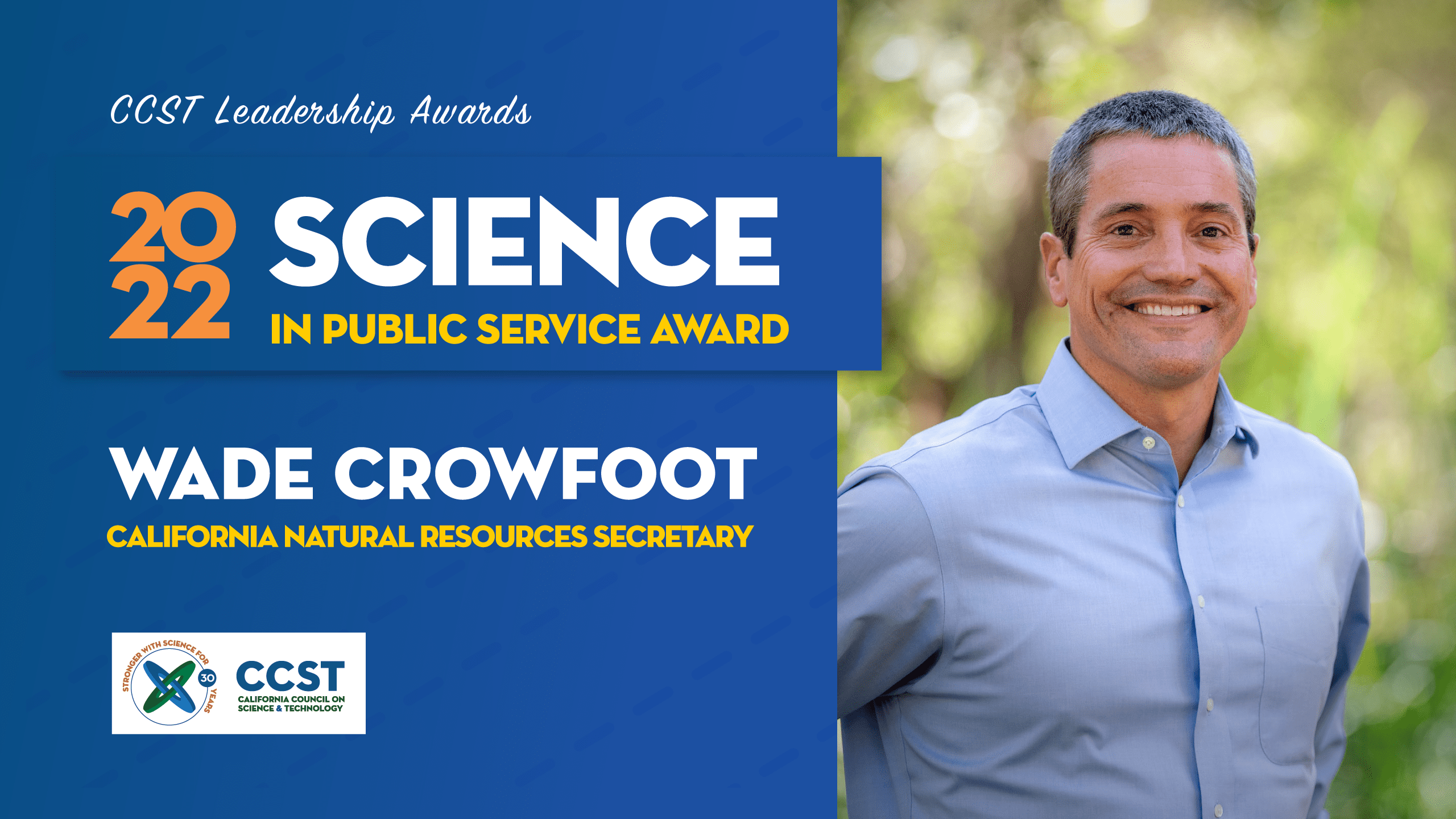 During his career, Secretary Crowfoot has demonstrated an ongoing commitment to promoting policies that advance science and technology in California, while protecting its people and natural resources from the growing impacts of climate change. As California’s Natural Resources Secretary, he has made climate resilience a central priority for the state and his tireless efforts resulted in a massive investment in addressing the effects of climate change in this year’s budget. Under his leadership, California has made great strides in expanding its proactive wildfire management actions while facing unprecedented challenges. He has been a strong advocate for the use of science in public policy decision making, as well as being an ardent supporter of CCST. Additionally, his office has been an invaluable mentor to many CCST Science & Technology Policy Fellows, providing foundational experiences that prepare these alumni to continue working in the science policy arena. 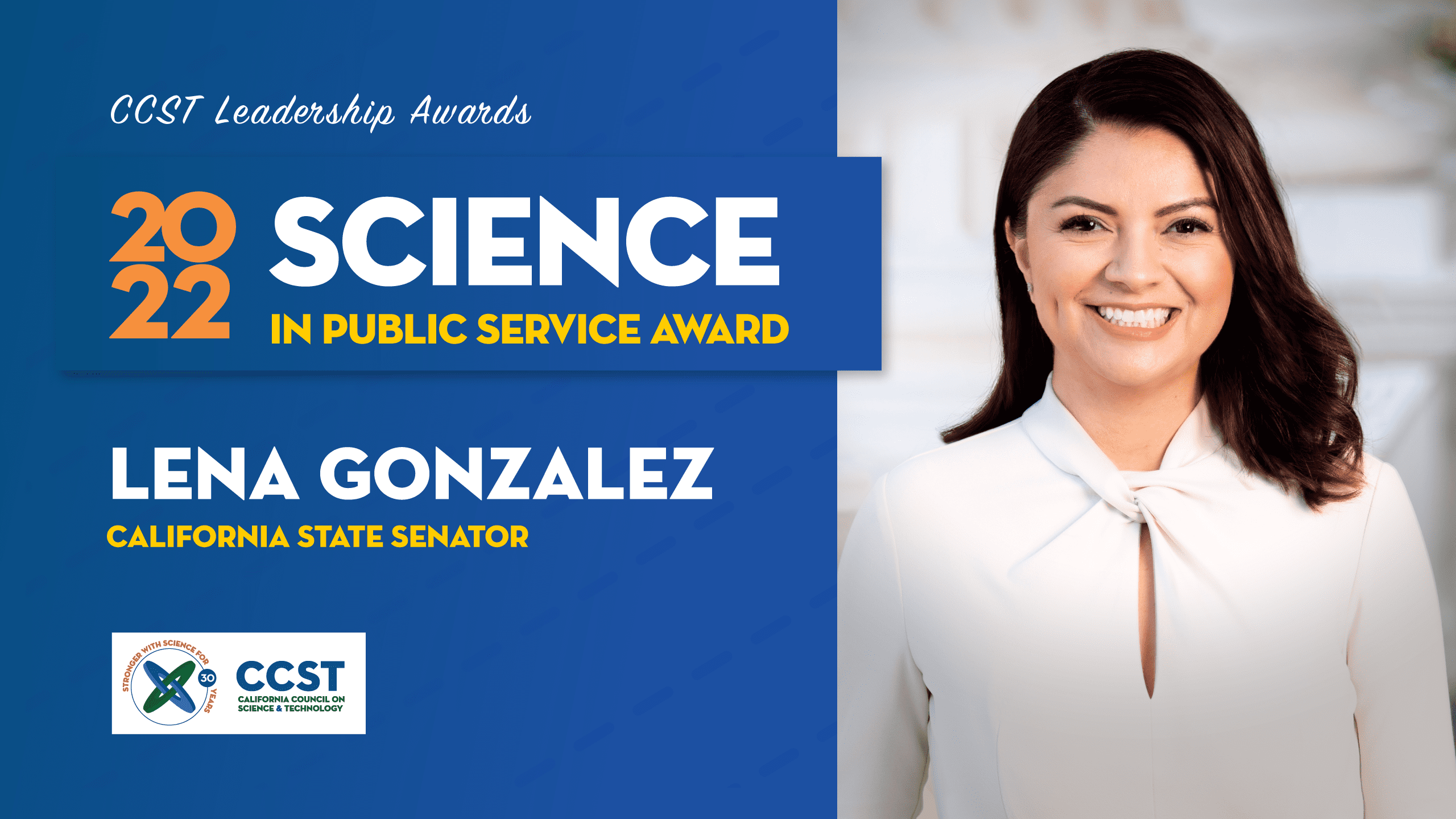 During her career, Senator Gonzalez has demonstrated an ongoing commitment to promoting policies that advance science and technology in the state — especially in her roles as Chair of the Senate Transportation Committee and the Senate Special Committee on Pandemic Emergency Response. During the COVID-19 pandemic, her thoughtful leadership has helped strengthen the state’s resilience, protect vulnerable workers and communities, and ensure California’s K-12 students received much-needed support. She has worked to promote science-based policy surrounding environmental justice, transportation, and water quality, while remaining a steadfast champion in pursuing equity for all Californians, as evident in her recently signed Broadband for All legislation. Additionally, Senator Gonzalez been a dedicated mentor to future policy professionals, including the CCST Science & Technology Policy Fellows.