Art Chester has years of experience both as a research scientist and as a manager in a major private research facility. His experience in both the research and research management communities has helped shape an understanding of the importance of bridging the communications gap between specialists and the general community. Chester is using this experience as a foundation for his new writing ventures.

“A lot of people simply don’t know what’s involved in scientific research,” said Chester. “Writing about life in a realistic laboratory setting helps to humanize scientists a bit, and makes the scientific method more applicable and understandable. It’s an indirect way of helping to bridge the gap between the scientific community and non-scientists, to boost scientific literacy in the general public.”

Chester is Retired President and General Manager of HRL Laboratories, a limited liability company owned jointly by Boeing and General Motors which conducts applied R&D in integrated circuits, architected materials, computing, communications and automated knowledge extraction. Chester is himself recognized as a pioneer in laser technology and an authority in the field of Technology Management. He spent six years as a CCST Council member and is currently part of the CCST Senior Fellows network.

He is also a writer whose recently launched website, artchester.net, includes discussions about science in the news (under his own name) and fiction about a research scientist named Evan Olsson (under the pen name Urno Barthel). His first novel, a mystery that takes place in a fictional research lab, is due to be published in late 2013.

“Research management is good training for writing about science for the general public, because it involves communicating between different groups of people,” said Chester. “Any large research community involves a wide range of specialists who are often less than familiar with each others’ fields of expertise, but must nonetheless work towards broader common research goals. The challenge of explaining a particular research project to non-specialists is similar to explaining it to non-scientists.” 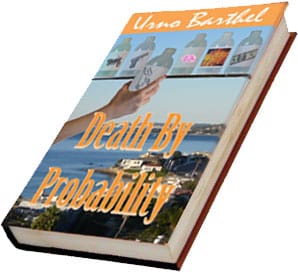 laboratory setting where Olsson works is a fictional amalgam of various places Chester has worked, including HRL, Hughes, and Bell Laboratories, but the realities of the work environment, and the research itself, are founded in reality. In addition, Chester’s site discusses day-to-day science in the news, offering an engaging perspective on the significance of science and technology developments ranging from advances in renewable energy to published research on ‘no-hangover’ beer.

“In a way, what I’m doing is sort of an extension of CCST’s mission, to provide the general public with a clearer understanding and heightened sensitivity to what’s happening in the world of science and technology,” said Chester. “Hopefully, what I’m doing both through the blog and through my fiction will provide an engaging perspective on the research that’s happening and on the people who are conducting it. It helps to remember that scientists are people too.”