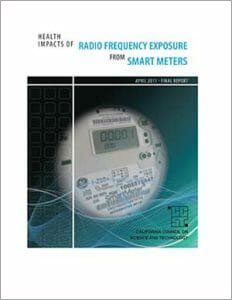 The final version of “Health Impacts of Radio Frequency from Smart Meters” has been released. This version has been finalized taking into account input and reviews received during the public comment period in January. Comments received as part of this process have also been released.

SmartMeters are electronic monitoring devices that continuously measure the electricity output from each household and business. They communicate on a regular basis back to the utility. The goal is to enable power companies to better understand patterns of power consumption throughout the day and adjust power generation accordingly.

Power companies across the United States and Europe are turning to smartmeter technology to increase the efficiency of their power distribution and pricing. The system also allows power companies to pinpoint exact locations of outages during blackouts. Consumers, however, have raised concerns about the technology.

The Pacific Gas and Electric Company (PG&E) and other utility service providers have been installing wireless SmartMeters statewide in California since November 2006 under the authority of the California Public Utilities Commission (CPUC), which is seeking to guide the development of a “smart grid” power system in California that can facilitate integration of new technologies such as distributed generation, storage, demand- side technologies, and electric vehicles. PG&E plans to complete implementation of the devices statewide throughout their service regions by 2012; as of the beginning of October, over 6.5 million meters had been installed, of a total planned 9.8 million meters.

Public concerns over the devices, both in California and elsewhere, have been raised about the impact of the SmartMeter intermittent wireless transmissions and the overall issue of the cumulative effect of ubiquitous wireless signals upon peoples’ health. PG&E assures consumers that the devices being installed fully comply with FCC safety standards and thus are not a health risk. In large part because of these health concerns, some local governments have sought temporary moratoriums on installing the meters, a move that helped prompt the legislative request to CCST.

“It is important that consumers have clear and easily understood information about smart meter emissions,” said the report. “CCST encourages the ongoing development of unbiased sources of readily available and clear facts for public information and education.”