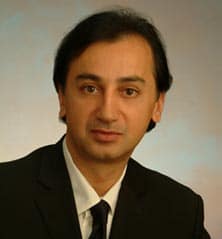 Innovative entrepreneurs are critical to California’s economic well-being. In order to encourage their success, CCST Council Member Fariborz Maseeh has donated $1.03 million to fund the creation of the Maseeh Entrepreneurship Prize Competition (MEPC) for engineering students at the University of Southern California Viterbi School of Engineering.

“There is no other field like engineering where you have the power to create real change and solve problems that improve the world for everyone,” said Maseeh. “Most engineers are tremendously skilled, but they’re not necessarily entrepreneurial. This competition will encourage engineers to think like entrepreneurs as they work to win this prize.”

The announcement took place at the 2010 National Academy of Engineering Grand Challenges Summit hosted at the University of Southern California from October 6-8. Maseeh, who was appointed a CCST Council member in 2010, is founder and managing principal of Picoco LLC, an investment management firm which invests in various assets and manages several hedge funds. He also is the sole founder and president of the Massiah Foundation, a charitable organization which invests in transformational situations for broad public benefit. He is a worldwide recognized expert in the field of micro-electro mechanical systems (MEMS). He founded IntelliSense in 1991 with the vision of reducing the time and expense of creating next-generation MEMS devices. Under his leadership, IntelliSense successfully created the first custom design, development, and manufacturing MEMS operation.

He said he chose USC for the award because it has the resources to assure success for its students.

“USC is a great fit for this award because of the school’s tradition of engineering success, top leadership, and a commitment to a vision for a better world for their students and everyone their efforts impact,” Maseeh said. “The school’s namesake and founding donor, [former CCST Council Member] Andrew Viterbi, himself an electrical engineer, entrepreneur and philanthropist, set the bar that we’re hoping the award helps the students reach.”