Interview with Jean-Louis Gassée: Are We Prepared for the Future? 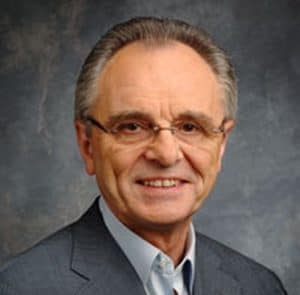 “Policy does not generally keep up with the rapid pace of progress,” said Gassée. “Advances in computer science and molecular biology are raising serious legal and philosophical questions, and there is no longterm strategy in place to deal with them.”

Gassée identifies privacy as the most significant technology related issue facing California in the short term. A venture capitalist with nearly 40 years of experience in the high-tech sector, he is well aware of the inconsistent protections often set up for data collected by government and private agencies.

“It is too easy for other people to take possession of private data, and we are living in a culture in which more and more data is being collected by various government systems,” said Gassée. “While in some cases data collection has the potential to be beneficial – for example, for healthcare information technology networks – we must make sure that we have control over what information is accessed and how. It is difficult for any state entity to plan ahead adequately in this regard.”

Gassée shares similar concerns about molecular biology, which has made rapid strides in recent years and which raises the possibility of services such as genetic manipulation to create “designer children.”

“Ultimately, proactive plans for these changes cannot come from the top because they are by their nature too entrenched,” he said. “It’s got to be smaller groups with the ability to use the media to tell stories. The movement that led to the creation of the California Institute for Regenerative Medicine is a good example of this.”

Among other measures, Gassée recommends that the state revisit the creation of a standing bioethics committee in the Legislature.

“In many ways, California is fortunate to be ahead of the curve in terms of its ability to plan and respond to new technologies,” he said. “But a lot more needs to be done.”