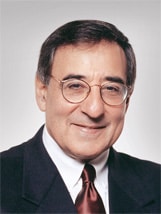 The oceans are in a state of crisis as a result of a host of human-related factors, and California needs to focus on constructive long-term strategies to mitigate these problems, according to Leon Panetta, co-director of the Leon & Sylvia Panetta Institute for Public Policy and chairman of the Pew Oceans Commission. In 2003, the Commission released the first thorough review of ocean policy in 34 years.

“The most important thing is to promote ecosystem management, and to bring together the issues of the land with issues of the coastline,” said Panetta, whose long career in public service included three years as President Clinton’s White House Chief of Staff. “We need to develop regional consensus plans that coordinate policy at the local, state, and federal levels.”

At its October meeting, Panetta will address the Council on “The Challenge of Protecting our Oceans.” Several problems face the oceans, and they have potentially wide-ranging consequences for the state and the country, said Panetta.

“First, we’re losing our fisheries; we’ve lost 90% of the big fish in the ocean, and we’re seeing fisheries being depleted around the country,” he said. “Second, pollution continues to be a real problem; we’re seeing increasing ‘dead zones’ [oxygen-deprived areas of the ocean devoid of fish] in the Gulf of Mexico, off of Chesapeake Bay, and near Oregon. Runoff is literally destroying marine wildlife. Third, coastal development is increasing. Fifty percent of California’s population lives near the coast; it’s projected that an estimated 25 million more people will move there in the next 20 years. That will continue to impact wetlands enormously.”

Founded and directed by former White House chief of staff Leon Panetta and his wife Sylvia, the Institute provides a variety of study opportunities in government, politics and public policy, and sponsors a range of activities, including the Leon Panetta Lecture Series, a Policy Symposium, a congressional internship program, and a master’s degree program in public policy.

The challenges are due in part to the patchwork quilt of regulation, according to Panetta. “Governance of our oceans lacks any kind of coordination – there is a maze of conflicting rules and regulations at the federal, state, and local levels that usually wind up being contested in federal district courts – ultimately judges determine what ocean policy is going to be.”

He stressed that investment in science and education will be critical to successful ocean conservation policy.

“There are all kinds of things that we think can help, such as coastal reserves. But without good science, the ability to monitor and observe, to really determine what works out there, we aren’t going to make a lot of difference,” said Panetta. “There’s a lot we don’t know. 1500 people have gone to the top of Mt. Everest, 300 people have gone into space, but only 2 people have gone to the deepest part of our oceans; that tells you a lot about funding and the resources allocated to understanding the oceans.”