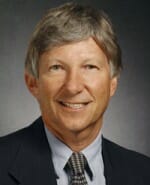 Director of the Office of Behavioral and Social Science Research

Robert M. Kaplan was the dinner speaker at the February 2012 CCST Council meeting, which focused on IT and social change. His presentation was titled “Bringing the Laboratory to the People: The Role of New Wireless Technologies in Biomedical Research and Healthcare Delivery.”

Kaplan joined NIH as the director of the Office of Behavioral and Social Sciences Research and NIH Associate Director for Behavioral and Social Sciences Research in February 2011. Before moving to the NIH, he was distinguished professor in the department of health services at the School of Public Health and the department of medicine at the David Geffen School of Medicine at UCLA. He has also served as principal investigator of the UCLA/RAND CDC Prevention Research Center and director of the UCLA/RAND Health Services Research training program. Prior to his UCLA appointment, Kaplan was professor and chair of the department of family and preventive medicine at the University of California, San Diego School of Medicine.

Kaplan earned an M.A. and Ph.D. in psychology at the University of California, Riverside. His research interests include behavioral medicine, health services research, health outcome measurement and multivariate data analysis. In December of 2010, he completed his term as editor-in-chief of the journal Health Psychology.

He received the American Psychological Association Division of Health Psychology’s Annual Award for Outstanding Scientific Contribution as a junior scholar in 1987 and as a senior scholar in 2001. He also received the Society of Behavioral Medicine’s National Leadership Award in 2004 and Distinguished Research Mentor Award in 2006. He is a member of the Institute of Medicine of the National Academy of Sciences.

Back to Prior Meeting Info