CCST’s involvement in Science, Technology, Engineering, and Math (STEM) education began early in its history and has continued via a significant variety of projects and programs over the three decades since. One of its most wide-ranging and long-lasting programs was the California Teacher Advisory Council (CalTAC), a carefully selected group of outstanding K-14 STEM classroom teachers from throughout California. From 2005-2017, thanks in large part to the generous support of the S.D. Bechtel Foundation, this body provided a voice for STEM educators to discuss trends and policies facing science, technology, engineering, and math education in California, and interface with the State policymaking community.

CalTAC members provided valuable input on STEM related projects conducted by CCST, including the Critical Path Analysis of California's Science and Mathematics Teacher Preparation System (2007), The Preparation of Elementary School Teachers to Teach Science in California (2010), and CCST’s series of reports on Digitally Enhanced Education (2011-2012). In addition, CalTAC hosted numerous symposia, bringing together stakeholders in K-14 education for discussions and analyses of issues studied by CCST and others. CalTAC also repeatedly collaborated with the National Teacher Advisory Council (NTAC), a similar body formed by the National Academies, and hosted events bringing together influential leaders in government, industry, and higher education organized around key issues in K-12 science education.

CalTAC members were selected from among the best educational practitioners California had to offer. These exceptional master teachers, several of whom received recognition at the national as well as state level, were valued and valuable participants in CCST’s STEM education and workforce preparation related activities. CCST continues to benefit from the expertise and input of members who served in CalTAC, and we believe that the collaborative legacy of this program has left a lasting impact on discussions of STEM education in California today.

For information on members who served on CalTAC, summaries of CalTAC symposia, and CCST projects which benefited from CalTAC’s participation, please click on the links below.

The following reports were either produced in cooperation with CalTAC, as background for CalTAC meetings/symposia, or as followup documents after CalTAC events. 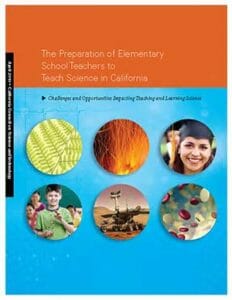 The Preparation of Elementary School Teachers to Teach Science in California

Throughout the past decade, CCST and the Center for the Future of Teaching and Learning (CFTL) have examined the preparation of California’s science and mathematics teachers. 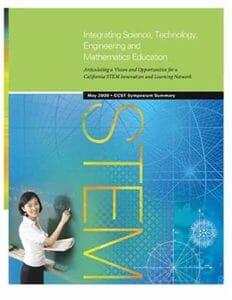 This report discusses how to address integrating science, technology, engineering, and mathematics (STEM) education through an innovation and learning network in California. 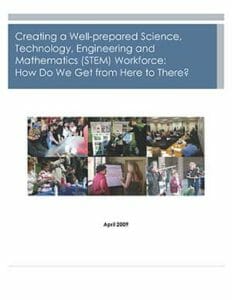 Creating a Well-Prepared STEM Workforce: How Do We Get From Here To There?

How California could do a better job of preparing today’s students for the future STEM – science, technology, engineering and mathematics – workforce? 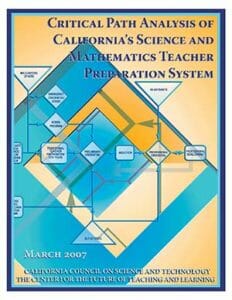 This report provides an overall analysis of the preparation, retention, and professional development of science and mathematics teachers in California.