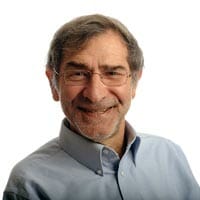 Henry A. Lester serves as Bren Professor of Biology and Biological Engineering at the California Institute of Technology.As an undergraduate at Harvard, Lester intended to pursue neuroscience as a career. Such a major did not yet exist; but he reasoned that a background in fundamental science would prepare him for neuroscience research. He studied chemistry and physics, then earned a PhD in biophysics from the Rockefeller University. After two years at the Pasteur Institute in Paris, he came to Caltech in 1973. His research interests have included ion channels, nicotine receptors, and nicotine dependence. While its harmful effects are well documented, nicotine may also have the ability to protect neurons from Parkinson’s disease and other neurodegenerative disorders. Dr. Lester is also studying this poorly-understood phenomenon.

Lester’s interests include psychiatric medication, and he served on the Advisory Council of the National Institute of Mental Health. He and his colleagues are now exploring whether the intracellular effects they have discovered for nicotine also apply to several other central nervous system drugs, such as the mechanism underlying the antidepressant effects of low-dose ketamine. He is therefore developing the field he calls “inside-out” neuropharmacology.

He has taken sabbaticals at the Hebrew University of Jerusalem, at the Florey Neurosciences Institute in Melbourne, and more recently at the Janelia Research Campus of the Howard Hughes Medical Institute. He continues his visiting appointment at Janelia.

Dr. Lester is also active in education. He designed and taught a required course that introduced Caltech freshman non-biology majors to recent advances in biology, biomedical science, and applied biology. Dr. Lester now co-teaches a course focusing on the general principles of the organization and function of nervous systems. Dr. Lester has also taught an online course, Drugs and the Brain on Coursera, which has issued roughly 6500 statements of completion to students from more than 75 countries. Dr. Lester has over 320 publications; has served on numerous editorial and grant review boards; has directed various projects and centers; has served as Chair of the Caltech faculty and as President of the Biophysical Society; and holds eight US patents. He was elected to the American Academy of Arts & Sciences and holds the K.S. Cole Award of the Biophysical Society.

Back to Distinguished Experts